Five days ago, aspiring crime novelist Jason Swike awoke chained to the wall of a run-down horse stable, convinced he would soon die at the hands of Crackerjack, the infamous serial killer who had terrorized the residents of Massachusetts for the past year – capturing and tormenting men, painting whimsical designs on their faces before shattering their bones and ending their lives. Just when death seems inevitable, Jason, with the help of another captive, manages to kill the madman and escape.

Hailed as a hero, Jason reaps the benefits of his newfound fame: a book deal, a possible reconciliation with his estranged wife, and reward money he can use to pay for his son’s costly medical treatments. But he soon realizes the nightmare that began in the deserted stable is far from over, as he is drawn into a twisted game where the darkest terror may not be the psychopath manipulating his every move, but what Jason may have to do to survive..

Have you ever wondered what would you have done if abducted by a serial killer? Would have succumbed to your fate or would you have fought for you life?

The Inside Dark by James Hankins is a fast-paced, deftly written, suspenseful, psychologically rich, taut, and riveting novel.
The story, set in Boston area, is written in various point view and you find yourself, from the very first page, into a started story.

Jason Swike ( a crime, mystery, and suspenseful novelist ) has been chained to a wall of a horse corral in a deserted and abandoned stable for five days. He was abducted from a deserted parking lot by no other than the infamous serial killer dubbed Crackerjack by the media. Five days have passed since his abduction, and his abductor feeds him only a bottle of water mixed with sleeping drugs which left him groggy, hungry, drugged and dehydrated. He waits for his turn. He waits for the time death would take him still clinging to the fading hope he may survive when another man is captured and thrown right next to him. The appearance of Ian instilled doubts and wonders on Jason of why the killer didn’t kill him. And when he wakes up from one of his drug induced sleep he hears in horror the killer torturing Ian. All of that made his last drop of hope waiver, making him give in to his fate till something happened. Ian and the killer crashed themselves in Jason corral, right on top of him. A struggle for survival broke out, and Jason, with the last drop of strength, and not so lucidly, is able to kill Crackerjack. Both the men survive and escape from the stable. The media are interested in him and numerous interviews and book deals are offered to Jason. The one who cleaned the world from a dangerous individual. Jason believes his life is finally on track, reaching a turning point for the better until something even worse change his thoughts. Something that makes him fears to lose everything once again.

As I’ve already mentioned the novel has it all; Psychological twists, well-written prose, and packed actions. The first part of the book left me with mixed feelings because most of the actions were way too predictable. You could foretell what was about to happen which in a well-written thriller isn’t the best thing.

Although everything just said the plot and the fast-paced writing made me want to read the book in one go. I was curious to know how Jason would emerge from the many events the book unleashed on him. If he was able to escape from the horror once again and how he’d do it.
Besides that I even loved how the author conveys all the events together, answering all the questions the reader posed to themselves. Nothing was left behind. Hankins serial killer concept might have seemed like the others but the MO and the background made you wonder whether everyone could succumb to that part of yourself that one always hide. He created a devastatingly and ruthless villain who is capable of everything to have his way which was only one.

The character of Jason on the other end resulted, for the first part of the book too greedy, weak and full of self-pity. And most of the time I wished I could shake some sense into him. I didn’t need it thou. Jason character has grown up during the last part of the book doing everything in his power to save himself and his family.

The book was an enjoyable, inventive, gory, at trait thou predictable novel which I’d gladly recommend, and I enjoyed the world James Hankins has written and created. And in spite of some faults, the plot is endearing and in part inventive.

I received a free copy from the publisher via NetGalley, my opinion hasn’t been affected by that. I only write honest reviews.

View all posts by harusavagegarden

1 thought on “Book Review: The Inside Dark by James Hankins” 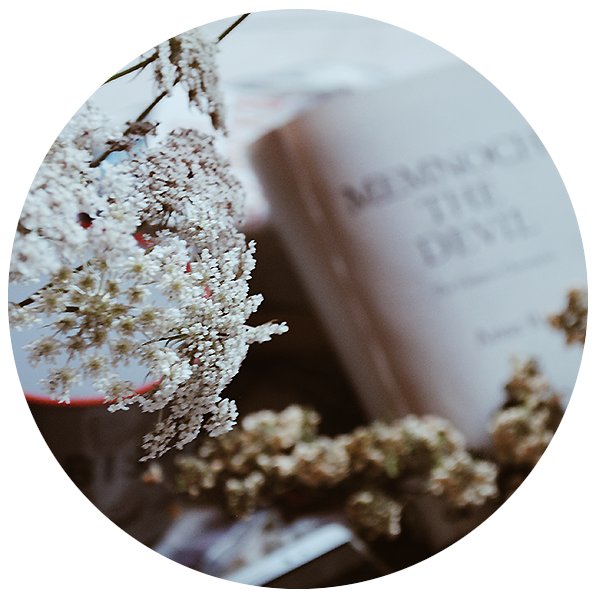 Hi lovely Gardeners! I'm Haru, a book, movies, series, languages and art junkie. I find pleasure in little and simple things. I listen to music all day every day; And beside bookstagramming and blogging, I'm a "Graphic Designer", Amateur photographer, "Artist", baker/pastry chef to be, and calligraphy/Hand-lettering newbie.
I am a survivor too so in many of my things/posts I try my best to give voice to whom voice don't have, talking about MH and Diversity.

It's been a week and two days since my b.day, so now can share the best of gifts I received. Three sunflowers in one of the best bouquet ever; thanks to my parents and bro: @occhiovunque__ love you ❤️
Who's that?
Hello there!
“Resilience is accepting your new reality, even if it's less good than the one you had before. You can fight it, you can do nothing but scream about what you've lost, or you can accept that and try to put together something that's good.”
“But when fall comes, kicking summer out on its treacherous ass as it always does one day sometime after the midpoint of September, it stays awhile like an old friend that you have missed. It settles in the way an old friend will settle into your favorite chair and take out his pipe and light it and then fill the afternoon with stories of places he has been and things he has done since last he saw you.”
Because I love you more than I could have ever imagined.
" Ad Astra per Aspera "
"I can smell autumn dancing in the breeze. The sweet chill of pumpkin and crisp sunburnt leaves." 🍂

This blog is not a newspaper as it is updated without any periodicity. Therefore it can not be considered a editorial product under the la n°62 of 7.03.2001.
The blogger is not responsible for the content of linked sites. Some textes or images included in this blog are taken from the web and therefore they're of public domain; if their publication smash any copyright, please notify me and I will remove them. Whe concern other image; those are taken from the blogger herself so they are under copyright.

This work is licensed under a Creative Commons Attribution-NonCommercial-NoDerivatives 4.0 International License.